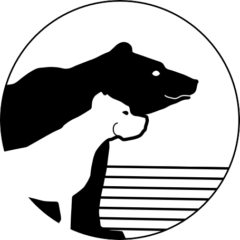 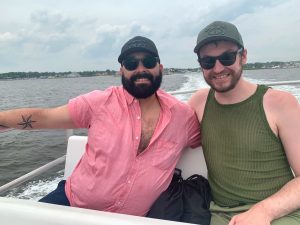 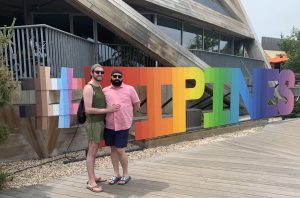 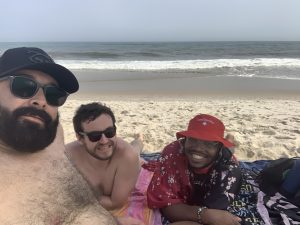 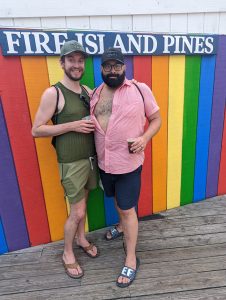 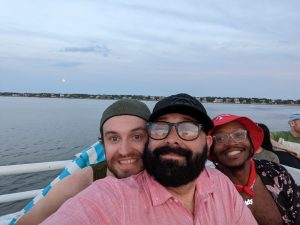 The rolling mountains and hills of Pennsylvania were our first sites upon arriving in the Mid-Atlantic States for our week long tour of the region, but our first major stop was in the state of New York as we headed east out to Long Island towards our destination, Fire Island, on Monday, June 13th. We brought our friend Dee with us, since he had never been to Fire Island either.

Fire Island is one of the thin outer barrier islands that run parallel to the south shore of Long Island. The island has beautiful beaches and its lack of roads and cars makes it an idyllic escape from the real world, but its natural beauty and location were not our main reasons to visit the island.

Since the mid-20th century, the communities of Cherry Grove and Fire Island Pines on Fire Island have served as a queer vacation mecca, providing members of the LGBTQ+ community with a santuary where they could freely express themselves. Bohemian artists and performers from New York City began staying in Cherry Grove in the 1920s and the tolerant atmosphere soon led to the formation of a thriving queer community. The recent Hulu movie Fire Island provides a fun and candid preview of the island’s present-day community.

To get to the Fire Island Pines, we had to take a ferry from the town of Sayville, New York. Anyone hoping to visit Fire Island Pines or Cherry Grove should make sure to view the Sayville Ferry Service’s schedule as ferries run different hours on different days, and if you miss the final boarding off the island, you will not be able to get back until the next morning. We purchased our round trip tickets and got to the island around noon.

Upon landing at the Fires Island Pines, often just called the Pines by the locals, we were greeted by dozens of pride flags, waving hands, and smiling faces. You quickly spot the Pines Pantry and Canteen, where you can get groceries or a bite to eat, and The Blue Whale, a bar nestled in the marina. You quickly discover the network of boardwalks that will be your way around the island to any lodgings and the beach on the opposite side of the isle.

Surely enough we found our way to the other side of the island that faces the Atlantic Ocean, where the beach stretched on for miles. The beach is huge and provides ample room for hundreds of beachgoers. Despite being a Monday, there was still a decent-sized crowd of people.

We set up our camp and tested the waters, which are not surprisingly cold for the Atlantic Ocean in early June - about 62℉ on our visit. Because of this, we mostly just waded in the shallow water and felt the waves crashing into us.

Unlike a lot of beaches at city, state, and national parks, Fire Island does not have any public facilities, including bathrooms, showers, and water fountains. So if you are not staying overnight on the island, you will need to find facilities back on the other side of the island near the marina.

Later in the afternoon, we started to notice the tide coming in and encroaching on our camp, so we packed up and headed back to the marina. We grabbed a bite to eat at the Canteen, checked out the few stores that were open, and hit up a tea dance at The Blue Whale. One thing became very apparent: prices on the island are high! At The Blue Whale, we paid $14 each to have one small cocktail.

Perhaps the biggest lesson we learned by the end of the day was that you really need to stay overnight at Fire Island. The lack of public facilities, limited ferry schedule, and pricey food and beverages makes the island not especially friendly for daytrippers. We also hardly got to see any of the sites on Fire Island Pines in our short time there and did not make it to Cherry Grove, which has its own unique character.

We caught the last ferry of the night around 8pm and made our way back to the mainland. We then trekked the three hours back to Dee’s house in Pennsylvania. We hope to visit Fire Island again in the next couple of years to get the full experience.

Know Before You Go

If you are day tripping, stay close to Sayville so you don’t have a long drive at the beginning or end of your day.

Everything on the island is more expensive (we would say double mainland prices), so bring what you can in a portable cooler or bag.

Don’t get stranded, double check the ferry schedule before your trip, and make sure you know the last boarding time off the island. 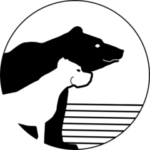